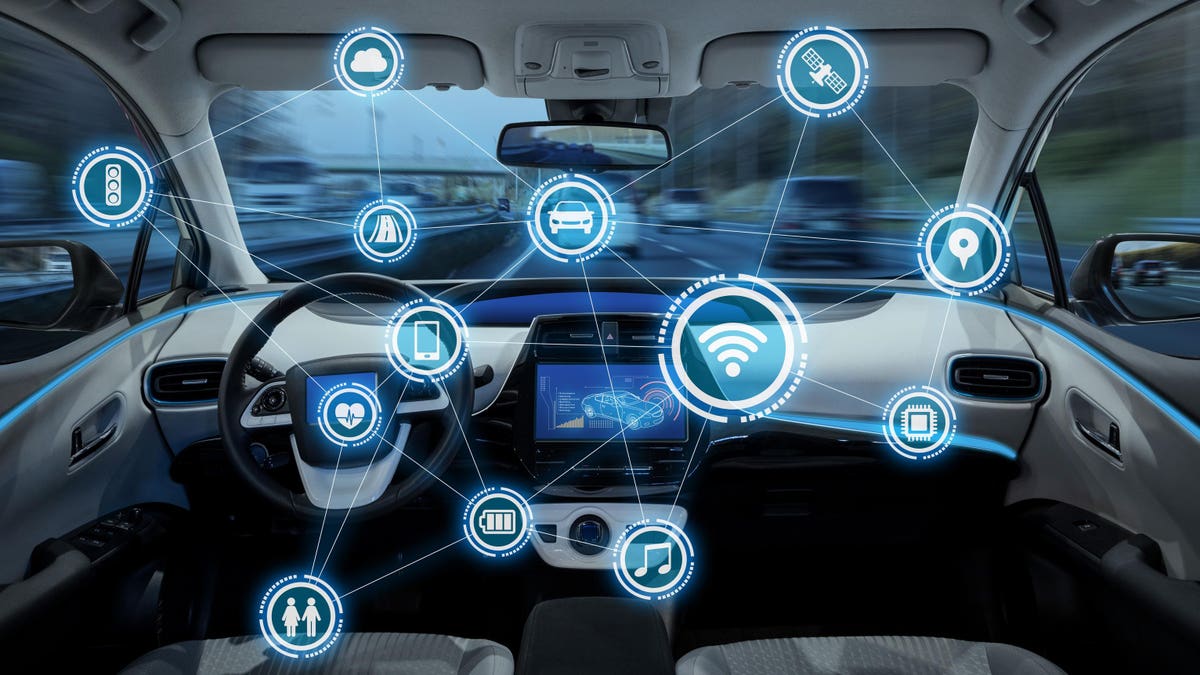 Connected cars are just as revolutionary as electric vehicles

With all the media attention for the booming electric vehicle market, it’s easy to miss that another revolution is happening at the same time. The two overlap and reinforce each other, but they are also clearly understated. This other revolution is connected services, which transform your car into a customizable device like a computer. This change in vehicle architecture could significantly change the way we use our cars and fundamentally alter the way we perceive them.

If you go back just 15 years, most cars didn’t even have built-in navigation systems, let alone the updatable systems that some have today. Unless you’re a car customizer yourself or have a friendly garage, your vehicle would remain essentially the same for its entire life and updates would be mostly mechanical. But then car infotainment systems came with built-in navigation systems, receiving live traffic information either via a radio signal or, more recently, via an integrated data connection. The satnav maps could be updated, and although this was initially via disc or USB stick and usually quite expensive, it set the tone for the direction the technology was taking.

Today, more and more car functions are handled by electronics and software. Automatic climate control, automatic braking, adaptive cruise control and of course the control of the engine itself. Even internal combustion cars can get a performance boost with an engine management software update – often called “chipping”. Turbocharged cars in particular can have more power released by a simple code change. But electric vehicles offer opportunities for more power and range efficiency. So now cars are starting to get software updates that do more than provide the latest navigation maps. New entertainment features and even vehicle savings are being added, and these are starting to be delivered via wireless data, similar to updating your iPhone’s operating system.

Unsurprisingly, Tesla is the poster child for connected vehicles as well as electrification, showing how closely these two areas are intertwined. Any Tesla owner will tell you that updates are rolled out almost weekly for their cars, bringing with them much more than just bug fixes. New online entertainment services are coming and new games, but also more performance, efficiency and safety features such as blind spot camera added towards the end of 2021. FSD’s controversial beta has arrived in certain regions without car owners needing to acquire a different vehicle or even pay extra if they purchased their vehicles with the service initially. Those accepted onto the beta simply receive the feature as a software update.

Other automakers are starting to roll out these kinds of “over-the-air” updates, including Polestar, Volvo, and the Volkswagen Group. None of these manufacturers offer as much with each update as Tesla, but at least they are starting to take advantage of what a connected vehicle can offer. Polestar and Volvo now use Android Automotive OS to deliver their connected car functionality. These companies are realizing that cars are now dynamic, updatable devices like smartphones. It’s a foreign concept for traditional automakers like this, but they realize that it will be essential that their cars remain attractive to customers in the future.

A truly connected car opens up the vehicle’s growing range of sensors to externally provided services and brings information from external networks into the car. One of the most unlikely players in this market is BlackBerry. It’s unlikely, if you haven’t paid attention to the automotive market in depth. This brand was once synonymous with keyboard-equipped smartphones that were popular with the business community. But BlackBerry bought a Unix-like real-time operating system called QNX in 2010, which it initially used in the BlackBerry PlayBook tablet. But QNX has also been used for automotive telematics since the early 2000s, and is now present in 195 million vehicles, including vehicles from Ford. BMW recently announced that it will use QNX in its vehicles to help deliver Level 2 and 2+ autonomous functionality. BlackBerry QNX has even been called the iOS of cars, and there’s a BlackBerry podcast that explains where the company plans to take the platform.

Many divers now see Apple Car Play and Android Auto as essential features of a modern car, allowing you to bring your phone’s navigation, entertainment and communication functions to the vehicle’s infotainment screen. However, while this may provide a better GPS connection to the smartphone via the car’s built-in receiver, in many other respects Car Play and Android Auto will not provide the benefits of a connected car. Your smartphone will not interface with other car sensors, so for example will not automatically suggest charging points for an electric car based on current remaining range. Most systems will not feed information from the smartphone to a head-up display.

Tesla’s cars don’t even support Car Play or Android Auto, and most of the time you won’t miss them because the built-in features are so good. You can still easily send destinations from maps on your smartphone to your car, use the phone as a key, and manage car functions, including triggering software updates and using the car’s built-in cameras as live CCTV system. It is really useful to have access to car functions via your smartphone, but it does not need to take over inside the car if the connected features of the vehicle are sufficient.

Cars that improve over time with software feature updates will increasingly make vehicles without this capability look incredibly outdated. It is unlikely that it will be possible to sell non-connected cars in the future, except in the absolute budget market. However, over the next decade, autonomous driving is likely to become the main feature of connected cars. You’ll be able to summon your car to your current location, or even send it to pick someone up at another location. The future of cars is already electric power, but it will also be a feature-rich connected future.

Student Loan Cancellation Doesn’t Mean What You Think It Means