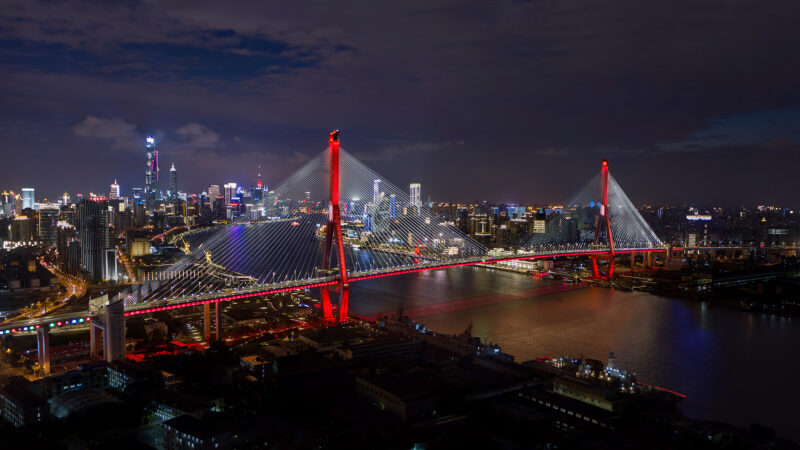 China is in the midst of a massive decarbonization drive, and smart connected LEDs are leading the way.

The country’s so-called dual-carbon strategy, aiming to peak its emissions by 2030 and become carbon neutral by 2060, aims to make big strides in tackling the global climate crisis . The goals are also expected to bring trillions of dollars of investment opportunities and help advance emissions reduction technologies and low-carbon industries.

Lighting upgrades are one of the cheapest and fastest approaches China uses to achieve its goals, as well as to “beautify” the city, a side benefit that is being realized.

“The role of lighting in the city of the future is evolving with the movements of sustainable development. Pressure to reduce energy, maintenance costs and operating costs will continue to increase so that climate change and budget goals can be met,” said John Wang, President of the Northeast Asia, SVP, Signify.

Urban planners in Shanghai, China’s most populous city, have spent the past few years working with lighting leader Signify, formerly Philips Lighting, to give the municipality’s financial and tourist districts a dramatic facelift.

The collaboration is the largest single architectural lighting project in Signify’s history and is expected to save the city 50-70% of its annual lighting costs compared to previous areas lit with conventional lighting.

“The upgraded lighting system helps demonstrate Shanghai’s cultural heritage in a more vivid approach, creating impressive night scenes in an energy-efficient way,” Wang said, “which can give municipalities control and real-time information on the performance of individual light points”.

“In the future, this information could be fed into smart city dashboards to give planners a 360-degree view of their smart city assets as China transforms its cities to be more efficient and more livable,” he added.

Made possible by Interact Landmark Scene Management software, the more than 50,000 light points of luminaires across the waterfront district can be controlled remotely with features such as color temperature and lux that can be changed instantly by response at the time of day, or to commemorate special occasions.

In addition, the software detects faults and collects information related to the energy performance of each luminaire and of the system as a whole, thus maximizing the overall efficiency of the lighting management of the district.

Three bridges – the Yangpu, Nanpu and Xupu, all crossing the Huangpu River – along with 37 buildings in the Bund waterfront district and 40 buildings in the Pudong financial district form Signify’s project in Shanghai, illuminating iconic areas with smart LEDs connected.

The project has meant that the bridges, the Bund and the Pudong district are awash in light, bright and controllable colors, bringing a unique identity to a prestigious city while meeting energy efficiency goals.

China’s dual carbon targets echo similar multilateral climate programs like the European Green Deal where governments and businesses must work together to develop economies aware of the problems we face.

Ultimately, the speed of global climate action must double and for China, which is responsible for almost a third of the world’s annual carbon dioxide emissions, this is a crucial opportunity to reverse the situation quickly.

“While China has seen energy play a key role in the unprecedented socio-economic leap it has achieved in recent decades, China is once again taking strong action on energy with its dual carbon targets,” said Harry Verhaar, Head of Global Public Service at Signify. & government affairs.

“While we will support these ambitions through the many benefits of connected LED lighting, more broadly, China’s ambitions underpin carbon neutrality as a race for the future and illuminate the prospect that together we can sustain the world within the livable limits of global warming”.

This post was sponsored by Mean. See our editorial guidelines to find out what this means.

Should you apply for a loan online or in person? – Forbes Advisor

Return to the office; The workers resist it