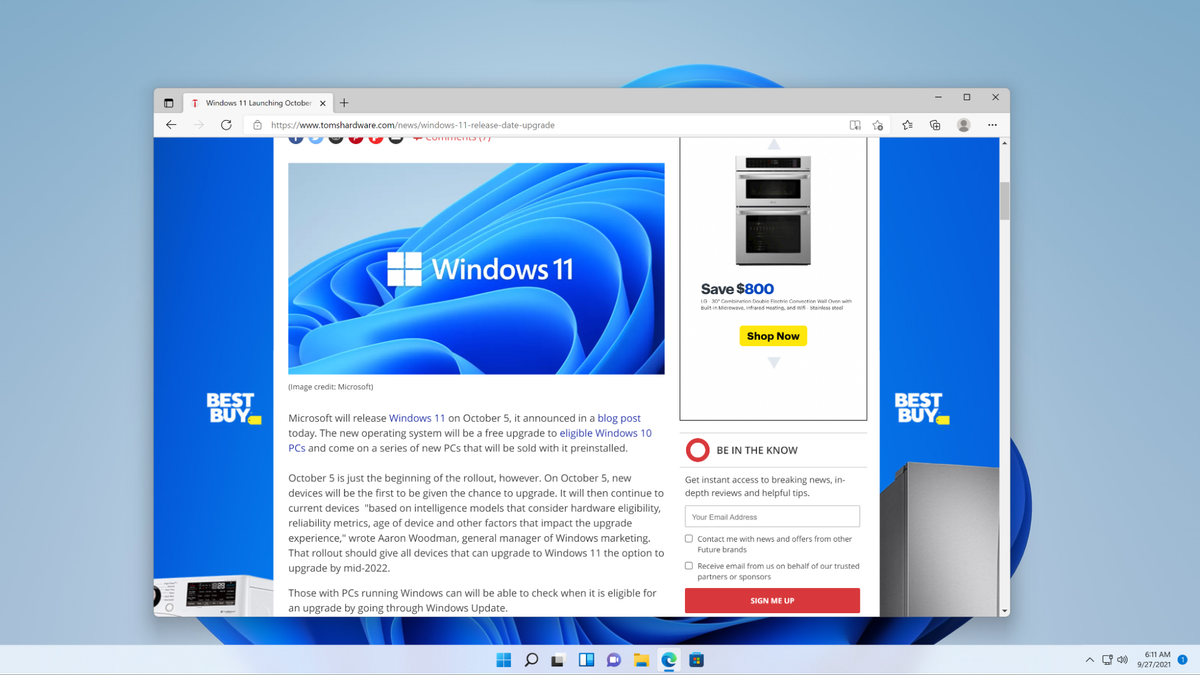 It is undeniable that most people use their monitors, and therefore Windows 11 and Windows 10 — in landscape mode. But that’s not the only way to use a PC, and there are a lot of people who like to use their monitors in portrait mode instead, or who use different orientations for each screen in their multiscreen setup. Fortunately, it is easy to enforce this choice by Windows.

One caveat before you begin: Longtime PC users likely remember rotating their screens via keyboard shortcuts. However, Microsoft removed this option in later versions of Windows 10, and Windows 11 also doesn’t allow you to rotate the screen via the keyboard. You’re going to get stuck in navigating graphical user interfaces if you want to change the screen orientation, but the good news is that it’s not as easy to accidentally end up with a desktop upside down.

Other than that, here’s how to rotate the screen in Windows 11 and Windows 10. Note that our screenshots were taken in Windows 11, but the layout of the settings is similar in both operating systems.

How to rotate your screen in Settings

1. Go to the Display page in Settings. The fastest way to get to this page is to right click on your desktop and click on the “Display Settings” option. You can also search for “Rotation” through the Start menu; both options lead to the display page in the Settings app.

2. Select a monitor if you have multiple screens.

4. Choose your preferred display orientation. There are four options to choose from: Landscape, Portrait, Landscape (inverted), and Portrait (inverted).

5. Click “Keep changes” to change your settings. Once your screen is rotated, a small window will appear with two buttons: “Keep changes” and “Redo”. The first records the current orientation of your screen; the latter restores the previous setting. If you do not click anything, the screen orientation will be automatically restored after a 10 second delay.

That’s all we can say about it. Windows 11 will now match your monitor orientation without you having to use anything other than the built-in Settings app. But there are also other ways to change the screen orientation in Windows, depending on the type of GPU you are using.

How to rotate your screen via graphical control panels

Windows 11’s Settings app (or the one in Windows 10 which is similar) isn’t the only program that can rotate the screen. The same control panels (note the lower case letters) used to change the color profile, refresh rate, and other settings with Intel, AMD, and Nvidia graphics can also be used to rotate the screen. We’ll be focusing on achieving this through the Nvidia Control Panel, as this is what we have available on our test system, but the steps are similar for systems with Intel or AMD graphics.

1. Access the display settings in your graphics control panel. For the Nvidia Control Panel, the fastest way to do this is to right-click on the screen and then click “Show more options” or press Shift + F10. Then you will need to click on “Nvidia Control Panel” in the window that appears. You can also find the program through the Start menu search tool.

2. Choose “Rotate display” or its equivalent. This page can be found in the “Display” section of the Nvidia control panel.

That’s all we can say about it. You now have two options to rotate the screen in Windows 11 and Windows 10 so that you can escape the limitations of landscape mode on any monitor of your choice.

There ! You now have two ways to rotate your screen in Windows 11 and Windows 10. It’s a shame that Microsoft removed the ability to do this via keyboard shortcuts (but probably not for computer lab staff who had to deal with problems. kids pranking each other as soon as their back is turned) but at least there are still a few ways to deal with this setting.

UK grants £ 700,000 to build infrastructure for greener aviation • The Register