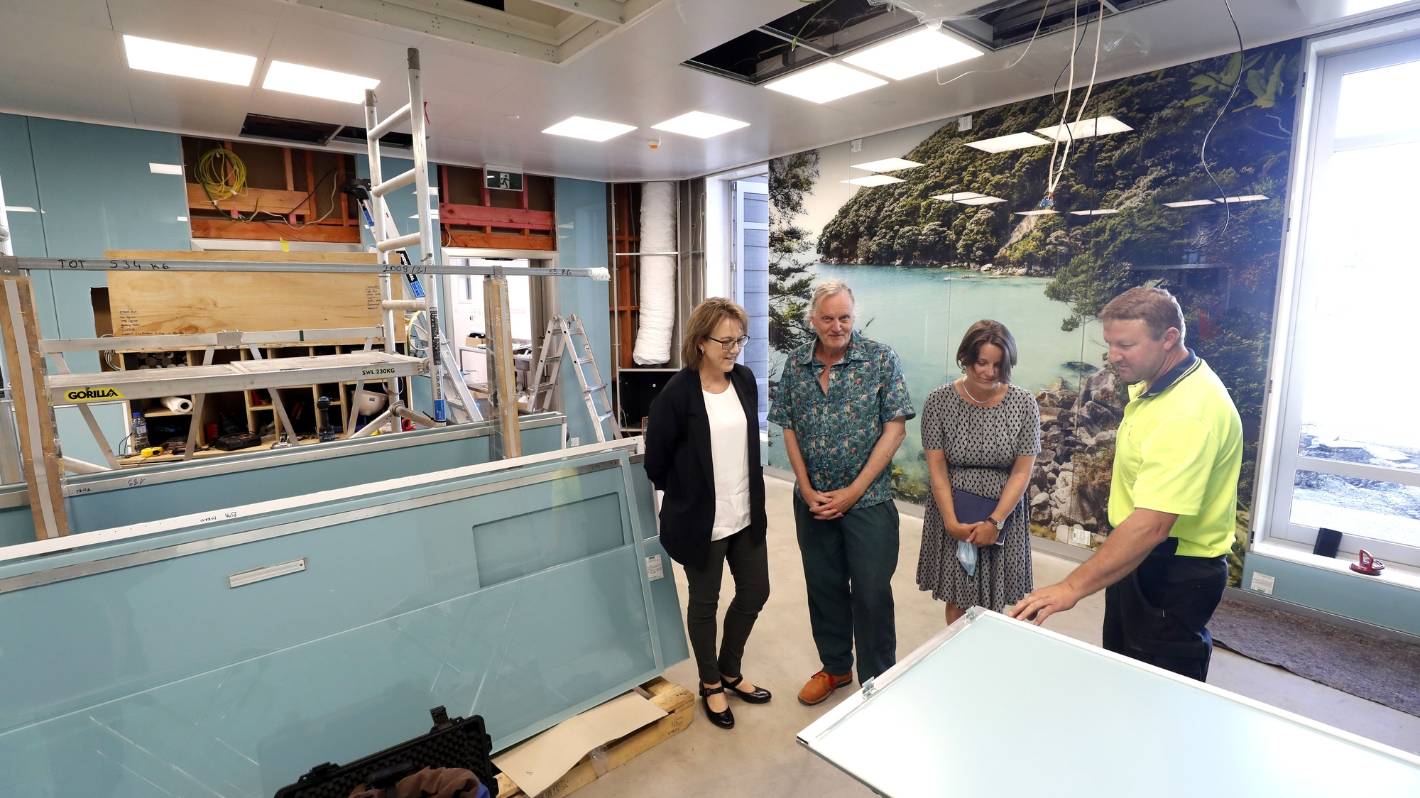 The second stage of the Lower Queen Street Health Center will receive a Maori blessing this week as the final touches are put on the state-of-the-art facility.

The new building is next to the current Lower Queen Street Health, which opened about 10 years ago and houses a general practice, pharmacy, cafe and several specialist healthcare providers.

Director Ben Castle said the new facility would add to those services, offering day surgery and an endoscopy suite, operating as Tasman Day Surgery, in partnership with Nelson Day Surgery.

Lower Queen Street Health also had four neighboring properties, with plans for a third stage of development from the new building to complete the 8,000 square meter hub.

The philosophy was to make health care accessible to the community, he said.

“It’s such a rapidly growing area, it’s expected to grow by about 10,000 people over the next 10 years, and it’s also an increasingly older community – and as an older person myself, I enjoy the benefit of having good health facilities.”

Manurewa bowel cancer survivor Ben Cullen is calling on people to take part in cancer screening, after a tumor was detected and surgically removed.

The day surgery unit would offer a full range of general surgeries and specialist procedures, while the endoscopy suite would offer diagnostic services, he said.

Tasman Day Surgery chief executive Lynda Wakefield said the word endoscopy covered all sorts of diagnostic tests, as ‘oscopy’ referred to the use of a camera, while ‘end’ referred to the way which she entered the body – which could be done by several points of entry.

If something minor was discovered, it was also possible to remove it in one procedure.

The emphasis was on prevention and people who had concerns could book directly, she said.

“People worry about these things…and they often worry – literally.”

Castle said the cost to complete and fit out the new two-story building, designed by Arthouse Architects, would be around $10 million, not including land.

This development includes the new state-of-the-art operating theater, made by Opritech.

The modular theater has glass walls to improve hygiene, and all switches are managed through a single control panel – with the ability for IT departments to log in remotely to troubleshoot any issues.

“There is a lot more behind the walls than in front… it’s much more permanent.”

The top floor of the building would be occupied, Castle said.

At this point, the vision for the third stage was that of another operating room, with a delay of five to ten years.

“We want as broad and deep a range of healthcare services as possible for the community and this is our contribution to that.”