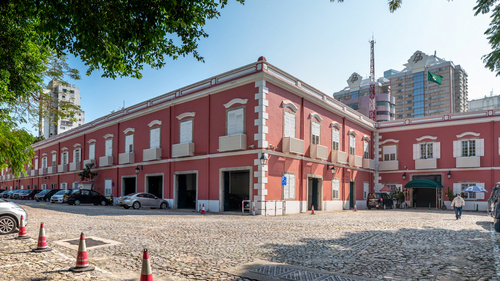 MACAO, March 4 – Crime statistics for the whole of 2021 showed no significant change in the number of violent crime cases that could endanger social security, especially compared to the figures recorded in 2019 and 2020. The overall crime figures for 2021 showed the security situation in Macau remained stable.

The tally of all suspected crime cases reported in Macau in the year 2021 recorded a 13.1 percent year-on-year increase to 11,376 cases, according to police statistics released on Thursday (March 3).

The data showed a structural change in the most common types of crimes recorded in Macau in 2021, compared to 2019, i.e. before the COVID-19 pandemic. Offenses involving physical contact saw a sharp drop last year, while online crime incidents saw a significant increase.

Considering the evolution of criminal activity in Macau, the police have updated their crime-fighting strategies accordingly. The police would work more closely with other public services, non-governmental associations and schools, to raise public awareness – via online platforms – of new trends in criminal activity. Police would further step up their investigative and patrolling efforts, especially near casinos and other areas where crime cases were statistically more likely to occur.

Security authorities will continue to play their part in the government’s anti-COVID-19 strategy. The security authorities will remain highly vigilant for any new trends in criminal activity and will take the necessary measures – in a timely manner – regarding the deployment of resources and the application of laws, in order to ensure stability and Macao’s prosperity, as well as public safety. and their property.

In 2021, the number of reported violent crime cases saw a slight increase of 4.9% year-over-year to 255 cases. The most serious forms of violent crime – such as kidnapping, murder and aggravated assault – remained extremely rare in Macau.

To ensure social order, different law enforcement agencies have carried out a number of joint operations: in 2021, a total of 1,499 such operations took place, with 16,879 acts of member participation Macau Police Department. During these operations, a total of 52,667 people were investigated.

According to crime statistics, the number of arson cases increased by 10.9% in 2021, reaching 51 cases. Suspected usury cases – in Macau typically associated with loan sharking – rose 2.6% year-on-year to 80 cases.

With regard to the efforts made in 2021 to combat illegal immigration, positive results have been achieved thanks to a working mechanism against migrant smuggling and an intelligence-based maritime surveillance system. The Macao Customs Department had begun work on the second phase of the surveillance system, to reduce the “blind spots” of surveillance camera coverage and increase law enforcement efforts.