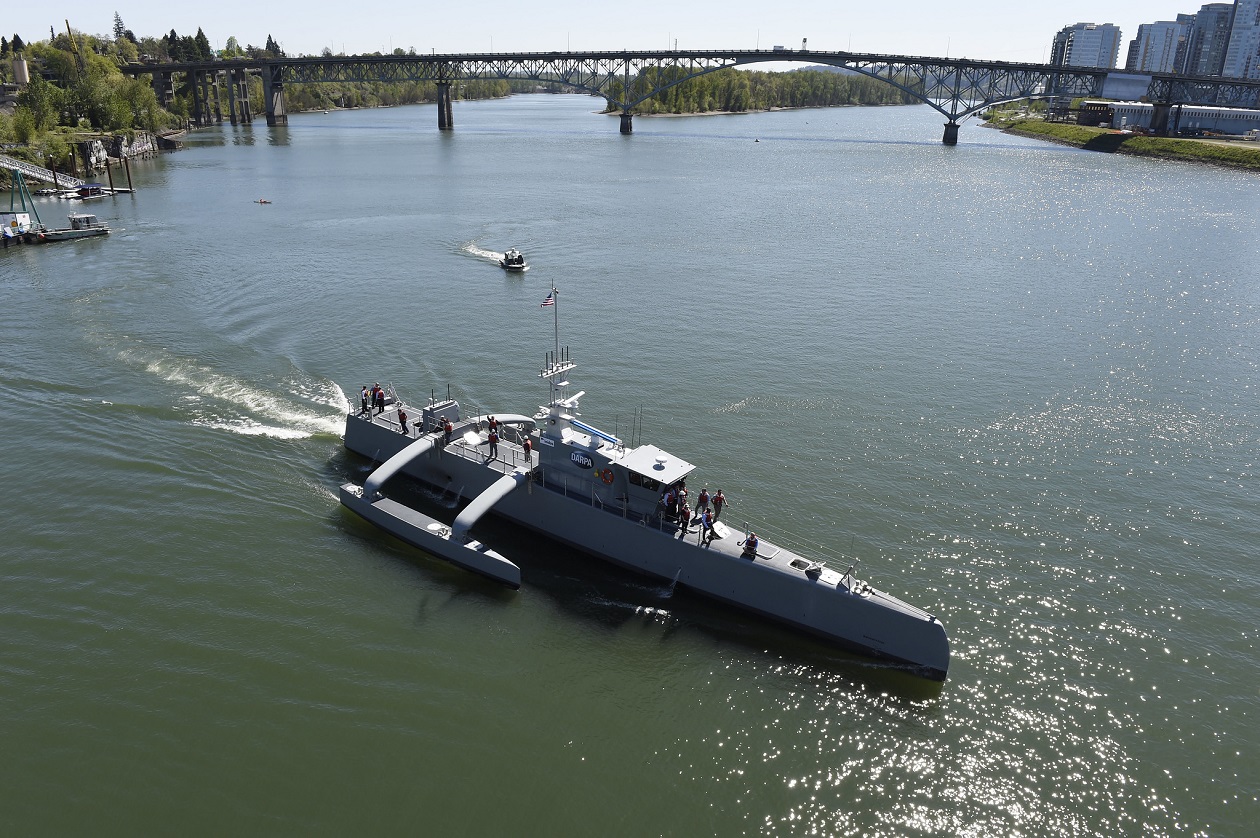 The Navy’s Unmanned Surface Ships Will Be Power-Hungry

US Navy unmanned systems can be used for advanced operational surveillance or as sensor nodes within a larger multi-domain warfare network. Missions like these will require unmanned systems to be energy independent and able to conduct operations without being refueled or resupplied.

Large unmanned surface combatants will require significant amounts of power to maintain radars, sonars, other sensors, propulsion, and command and control equipment. Power sources must also be reliable and resilient.

A system under development is called Integrated Power and Energy Systems (IPES). It seeks to optimize the storage, efficiency and distribution of power and energy. The IPES can enable a range of ship functions such as high power laser weapons, new generations of radar and even electric propulsion for manned and unmanned systems. Improved energy storage and generation can extend and strengthen the digital network between ships and drones to extend mission standby time, strengthen communication connections, and distribute factor-sensitive combat data. time. IPES could allow a ship to operate at ideal speeds while storing energy.

IPES is future-ready, which means it is designed to be upgraded. This is partly why interfaces are developed to allow maximum interoperability. The Navy is currently preparing a special “integration lab” where new technologies can be tested and refined before being taken on board a ship. Kevin Knowles, Northrop Grumman USV Campaign Manager, explained that efforts to design efficient and functional interfaces can be supported to great effect by the Integration Lab.

Increased IT automation can improve overall vessel efficiency and performance. It’s one of the reasons Northrop Grumman developers work to ensure that the system and networks that breathe life into the IPES architecture themselves are hardened against potential intruders or cyberattacks.

“You need to be able to make sure no one gets in there and starts messing with your delicate automation systems or impacting your written navigational systems,” Knowles said. “So we did a lot of thinking and providing information on cybersecurity.”

All of this is intended to support, activate and reinforce the Navy’s distributed maritime operations strategy. Maritime warfare is expected to be more dispersed and defined to a large extent by revolutionary weapons and sensors with much greater range, accuracy and data transmission capability.

Kris Osborn is the Defense Editor for the National Interest. Osborn previously served at the Pentagon as a highly trained expert with the Office of the Assistant Secretary of the Army – Acquisition, Logistics and Technology. Osborn also worked as an on-air military anchor and specialist on national television networks. He has appeared as a guest military pundit on Fox News, MSNBC, The Military Channel, and The History Channel. He also holds an MA in Comparative Literature from Columbia University.