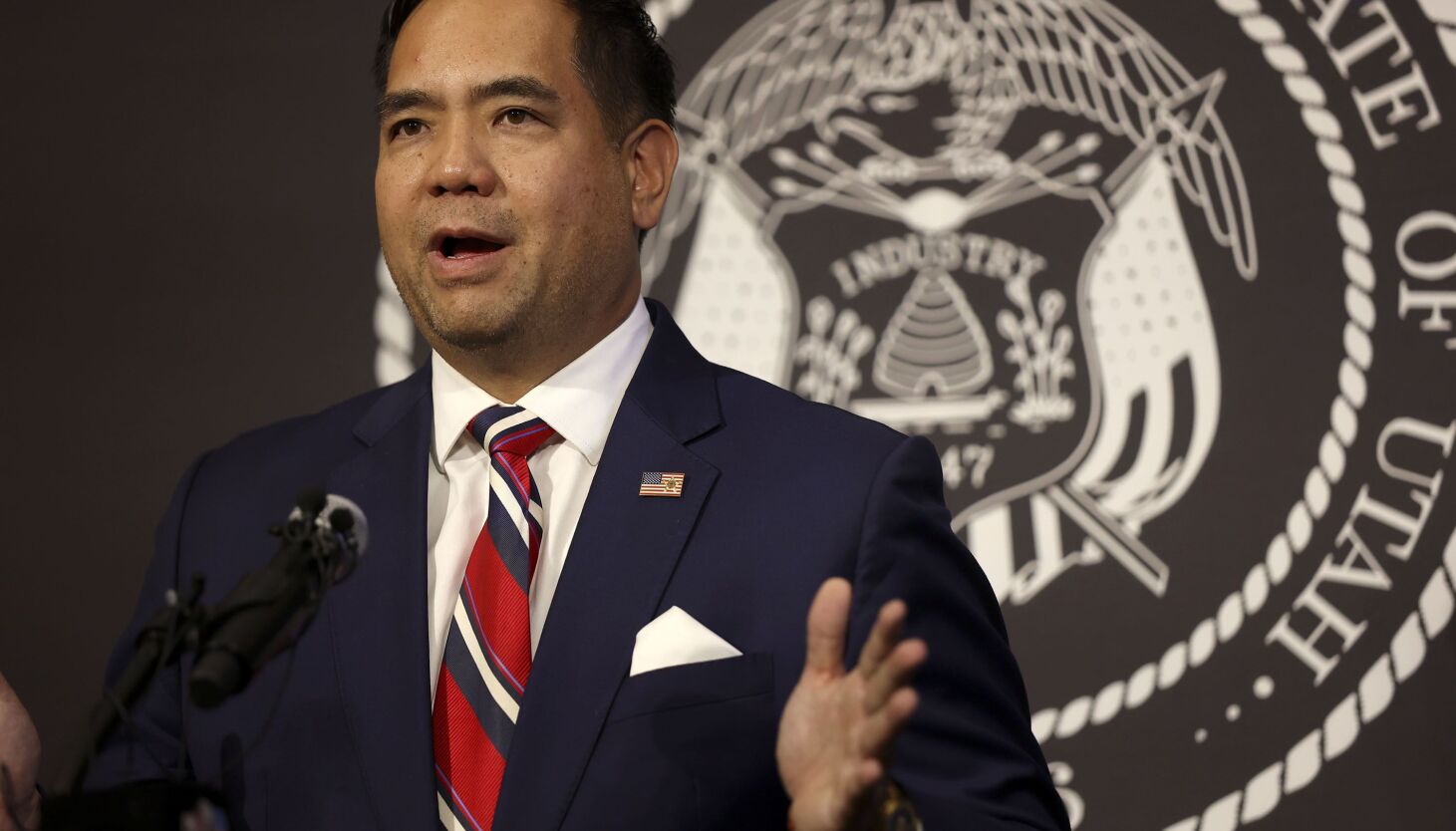 TikTok and Snapchat must do more to protect children, says Utah attorney general

Utah Attorney General Sean Reyes signed a letter urging TikTok and Snapchat to do more to protect children on their apps and provide more options for parental control and monitoring.

“Your platforms do not collaborate effectively with parental control apps … or provide an adequate opportunity for parental controls within the platform,” reads the letter from the National Association of Attorneys General, signed by 44 attorneys general and addressed to attorneys for the two social media companies.

With bipartisan support, the letter comes as social media platforms face increased scrutiny over how they regulate and distribute content. He quoted a recent report which found that in 2021, 91% of teens encountered nudity or sexual content via social media, texting and email, 85% witnessed or experienced cyberbullying, and 75% were “involved in a self-harm/suicidal situation”.

The letter argues that such content can damage teens’ body image and “seriously damage a child’s view of a healthy relationship and … perpetuate domestic violence and human trafficking.” The Wall Street Journal reported that TikTok’s algorithms can direct minors to mature content promoting pornography and drug use.

Parental control apps have the potential to save lives, the letter says, by alerting parents to “serious bullying” and “self-harm situations.”

But others are less convinced that more checks will actually protect children, according to The New York Times. In 2019, Vice questioned the effectiveness of similar monitoring software used in schools, pointing to a lack of evidence that it successfully prevents students from accessing violent or sexually inappropriate content.

The Association of Attorneys General acknowledged that TikTok and Snapchat have taken steps to provide more options for parents. However, they didn’t endorse any particular software, instead asking companies to make their platforms more compatible with third-party apps so parents can choose the best options for themselves.

“Social media platforms already engage in some content moderation and operate under certain community guidelines,” said a statement released by Reyes’ office. “Yet they are not always enough to protect children and adolescents who are particularly vulnerable to online threats, especially regarding direct messaging.”

TikTok’s current parental controls include the ability to set private accounts, limit who can comment on videos and remove access to the platform’s search function, according to Tech Crunch.

Last month, a separate group of state attorneys general announced they were “investigating whether the design and promotion of TikTok contributes to harm to the physical and mental health of adolescents and young adults.” The New York Times reported.

The student loan break is about to end soon. It seems unlikely.