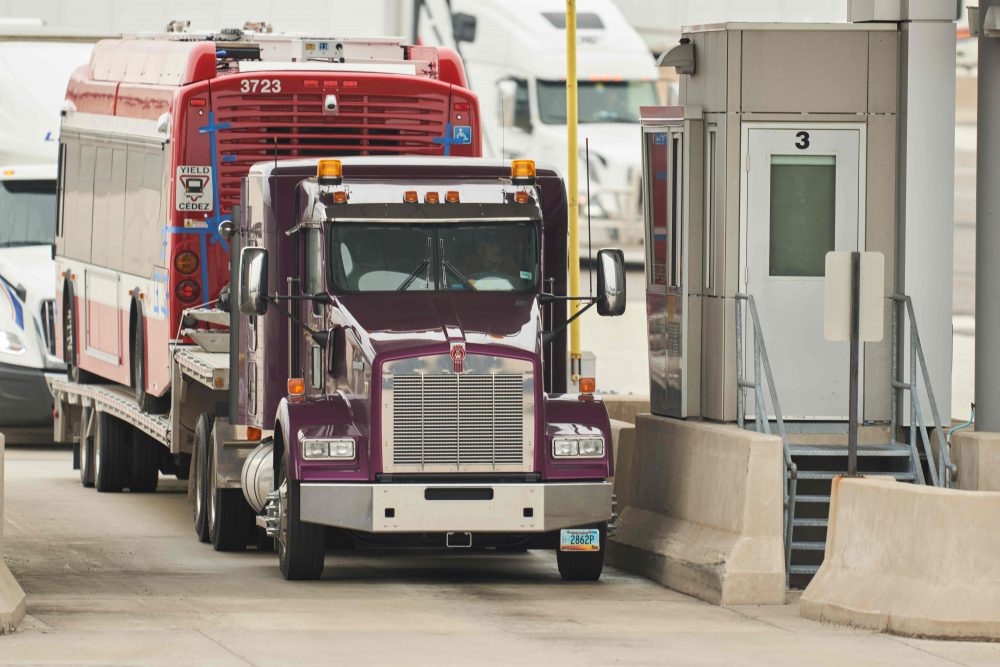 Even George Orwell hasn’t talked about a monitoring tool like this.

In the name of preventing the spread of COVID-19 across Canada’s border points, a new information-tracking app currently in use is either a modern way to protect the country or something dystopian out of Orwell. One thousand nine hundred and eighty four new warning of totalitarianism.

Either way, if Big Brother isn’t watching you, border agents with today’s technology are.

“The Canada Border Services Agency (CBSA) can confirm that what is being discussed is the mandatory submission of traveler information through ArriveCAN,” CBSA spokeswoman Rebecca Purdy said of the report. of the app.

The ArriveCAN app was mentioned by former Conservative Party candidate and truck driver Benjamin Dichter during a recent US TV interview with Tucker Carlson and Glenn Beck.

“When I crossed the border this week from the United States, I showed the officer my QR code on my phone to show my vaccination status, but he said, ‘Don’t worry, I I have all this information on my computer.’”

We apologize, but this video failed to load.

Dichter, a spokesperson for the Freedom Convoy who is currently with his truck in Ottawa, said a venerable agent told him, “Your phone has already appeared on my screen and it’s matched to your passport,” meaning “They know everyone gets to the border before they get there.

Purdy said “ArriveCAN collects contact, health and travel information to protect the health and safety of travelers and expedite border processing” – it is “free and secure” and is the “official platform of the Government of Canada allowing travelers to provide their mandatory information 72 hours before entering Canada.

The technology has been in place at land borders since February 2021 and used for air travelers since November 2020, she said.

“(CBSA) does not extract information from telephone signals at the port of entry,” Purdy explained, adding that she was “unable to provide comment on specific cases” but “there are several ways to a border services officer (BSO) to have traveler information available upon arrival at the Primary Inspection Line (PIL), such as a traveler’s membership in a trusted traveler program. »

“In either case, the traveler is aware and has provided the information,” she said.

The CBC reported last week that upgrades to this system could include facial recognition software.

Former Ontario privacy commissioner Ann Cavoukian, now executive director of the Global Privacy & Security by Design Centre, told the Toronto Sun on Saturday that “awareness of data collection practices and obtaining the consent of the individual are essential to preserve privacy” and that “not at all clear if people realize that the ArriveCAN app is in play when they reach the border.

“Have they consented to the automatic collection of their personal information? Do they know if it will be made available to other departments? Is it encrypted for secure storage? These are all questions that must first be answered,” she stressed.

Dichter said he didn’t know the CBSA would have his personal information until he spoke to them and wondered “what’s stopping the government from using this technology anywhere other than the border” or d extend its use beyond the pandemic?

The CBSA recognizes that the program is expanding.

“The CBSA is piloting an advance declaration feature in ArriveCAN that gives air travelers the ability to prepare their customs and immigration declaration 72 hours before arriving in Canada,” said Purdy. “With the CBSA’s new advance declaration, international travelers arriving at Vancouver International Airport and Toronto Pearson International Airport can now use ArriveCAN online to prepare their customs and immigration declaration before departing. to arrive in Canada. This functionality will be extended to the ArriveCAN mobile app at a later date” but “is not mandatory”.

Whatever you think of the new tracking, things have definitely changed since it was no longer necessary to plan a trip to the border by submitting information three days in advance.

From our newsroom to your noon inbox, the latest headlines, stories, opinions and photos from The Toronto Sun.

A welcome email is on the way. If you don’t see it, please check your spam folder.

The next issue of Your Midday Sun will soon be in your inbox.