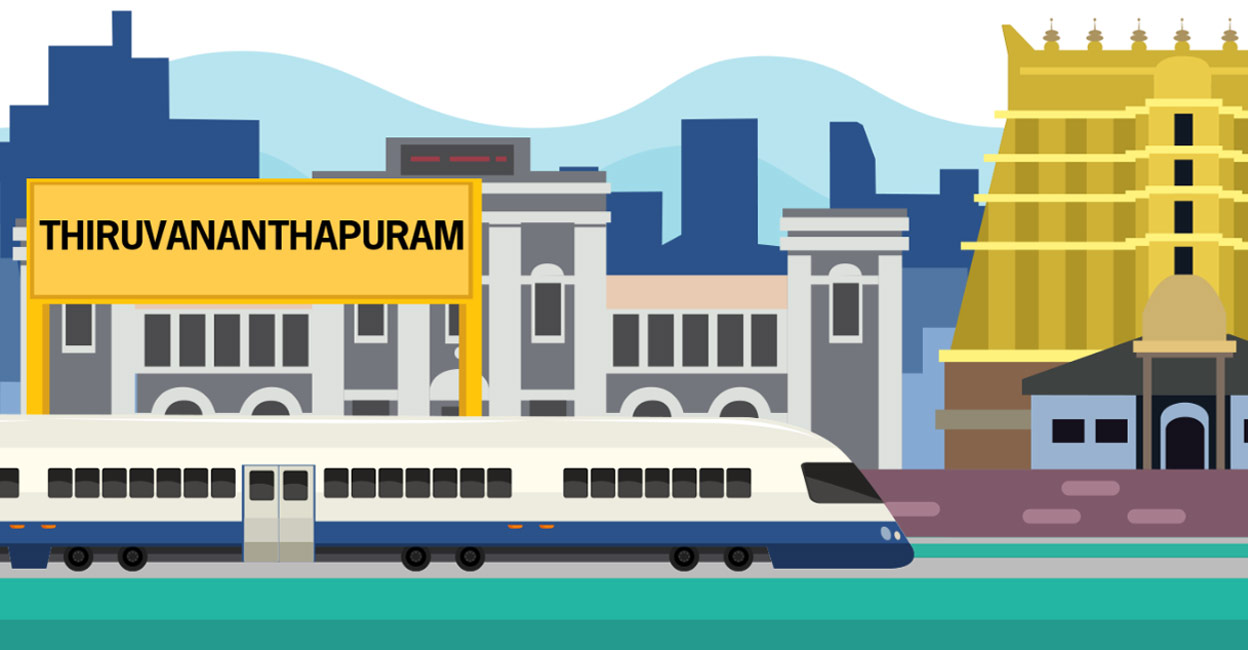 What future for the SilverLine project as Center refuses to support Kerala’s overseas loan offer?

Thiruvananthapuram: Democratic Left Front government literally in dire straits after central government says firm ‘no’ to permanent guarantee proposal for Kerala project to avail foreign loan for high speed rail speed Thiruvananthapuram-Kasaragod much vaunted corridor or the SilverLine project. It has now become a matter of prestige for Chief Minister Pinarayi Vijayan to implement the project since he had earlier declared in the State Assembly that the project would be implemented at any cost. .

The state government, which has already been in debt up to its neck, does not have the capacity to shoulder the huge financial commitments to be borne for the SilverLine project. But central government authorization is a prerequisite for borrowing from foreign agencies. In this context, all eyes are on state government and its next move.

The CPM, which wants to implement the project at all costs, will have to give more explanations especially at a time when the party’s previous position to oppose the expressway is now widely discussed. Union Railways Minister Ashwini Vaishnaw reportedly told the Chief Minister at their official meeting in Delhi that final clearance would not be given by the railways unless and until the state government shows that the project would be financially viable.

The center stand
The loan required for the project is estimated at Rs 33,700 crore. The Center took a strong stand against the SilverLine project on the grounds that a small state like Kerala did not have the capacity to bear such a huge financial responsibility. In addition, various political parties and environmental groups have spoken out openly against the project.

The Kerala government expected aid of Rs 2,150 crore from the center. Now that the Center has rejected the request for a permanent state guarantee for a foreign loan, the question of the allocation of the central fund is also uncertain. As a result, the state government must start from scratch in order to mobilize resources for the implementation of the SilverLine project.


The state ignores doubts about the project
Although from the start many organizations opposed the project, questioning the very practicality of the project, the state government did not take it seriously. The government has categorically announced that it will go ahead with the project.

When various organizations and political parties stepped up their attacks on the government over the project, members of the government, including Chief Minister Pinarayi Vijayan, viewed it as their prestigious project and openly defied critics, saying that it would be implemented at all costs.

Now it is up to the Chief Minister to convince the CPM-CPI leadership and the state cabinet of the need to continue with the project, especially after receiving a red signal from the central government. It also became necessary to have an in-depth discussion within the FDL on the future of the project. Already, discontent is brewing among a section of the LDF’s constituent parties that the front had not addressed the issue properly before.

Although some panel members, including RSP leader Shibu Baby John, expressed doubts that a stand against the project could be interpreted as something against development, the subcommittee ultimately decided to conduct more studies on the project.

The main arguments of the UDF subcommittee
1. The Silverline project, one of the K-Rail projects, is not adapted to the social, economic and geographical particularities of Kerala.

2. The unfavorable environment and the social impact of the project, associated with the aggravation of traffic problems, would paralyze normal life in the State.

3. The project was designed in a very unscientific way.

4. There is no transparency regarding the project as many crucial details are hidden from the public sphere.

5. The state government has yet to convince civil society of the huge financial commitment involved in the project.

The UDF’s position is that the government should abandon the Silverline project. But he felt that there should be a viable alternative to this mega project. He pointed out that it was the previous UDF governments that implemented megaprojects such as Kochi metro, Vizhinjam port and Kochi and Kannur airports. The UDF wanted the state government to discuss with various political parties and experts the chances of exploring a viable alternative to the SilverLine project.

Pro-CPM organization also against the project
Kerala Sasthra Sahithya Parishad (KSSP) takes a strong stance on the Silverline project saying that a full Environmental Impact Assessment (EIA) should be carried out at the earliest and that a Detailed Project Report (DPR) should be filed in front of the people of Kerala. by the state government. The KSSP also wanted all work on the project to be stopped until discussion of the project was completed.

According to the KSSP, what is needed is a comprehensive transport policy to improve transport facilities in the state, and a related action plan based on the public transport system in which rail transport should be. the central point.

2. NITI Aayog under central government pointed out that the cost of the project would be double that of the currently estimated amount. Experts say the cost of the project would rise again once the work is completed. About 90 percent of the cost is covered by loans. A total of 74 trips are planned per day. In a trip, the total number of expected travelers is 675. The tariff to be collected is Rs. 2.75 per kilometer. According to currently available reports, 79,000 travelers are expected daily. The question is therefore whether there will be a sufficient number of passengers to travel while spending such a huge sum. In any case, the project will not be viable through the sale of train tickets.

3. Details of the DPR and the full EIA study are not available. According to reports, a skyline will rise above 88 km of rice paddies. Then it will be a fort-shaped railway line built at a height of four to six meters. There will be bridges for a total of 11 km, tunnels for 11.5 km and dykes for 292 km. According to the available study, thousands of houses and other buildings will have to be razed. This would have a huge negative impact on our ecology.

4. Just because some developed countries have a standard gauge, it is not fair to implement it in Kerala as it is not suitable for the condition of the state. Indian Railways runs high speed train projects like Gatimaan Express and Vande Bharat Express, which have emerged in the public sector. If Kerala’s wide-gauge system is strengthened, these trains can run within the state. Such an arrangement would be complementary to the existing Indian rail system.

The defense of the CM
According to Pinarayi Vijayan, the high-speed train project is the most pragmatic for the state. The necessary orders have been issued for the acquisition of land for the project in six districts. He told the assembly that HUDCO had sanctioned Rs 3,000 crore as a loan for the first stage of land acquisition up to Chengannur in central Travancore. He also clarified that the Railway Commission had given approval in principle for the project.


He said the project would affect only 9,314 buildings. Approximately 1,383 hectares of land would be needed for rehabilitation purposes, which is expected to cost approximately Rs 63,941 crore. Of the total land to be acquired, 1,198 hectares of land are privately owned.

The estimated amount for the entire land acquisition is Rs 13,362.32 crore. The cost of acquiring land for one hectare is set at Rs 9 crore. In the villages, the compensation would be four times higher than the market value, while it would be double the market value in the cities.

According to Pinarayi, the project will be implemented without disrupting the rice fields, religious places, sacred groves (kavu) and other biodiversity-rich areas of the state. An elevated path is planned from Thiruvananthapuram to Tirur in the district of Malappuram. Of the 115 km through the rice fields, 88 km would be a horizon path.

To acquire the land, Rs 2,100 crore would be allocated by the KIIFBI. Although Pinarayi hinted that financial institutions like the Japan International Cooperation Agency (JICA) would fund the project, the question is how this would be possible if the central government showed a red signal for the project.

According to him, the project should not be seen only in the context of the profit and loss basis. The project would create an atmosphere conducive to the provision of public investments essential to the development of Kerala.

Let’s give DeSantis the Bolsonaro treatment